McIlroy becomes just the 39th player in PGA Tour history to reach 20 wins; 32-year-old carded a final-round 66 to finish a shot ahead of Collin Morikawa and start his 2021-22 PGA Tour season with a victory.

Rory McIlroy secured a historic 20th PGA Tour title by holding off Collin Morikawa and Rickie Fowler to claim a one-stroke victory at The CJ Cup in Las Vegas.

The CJ Cup at Summit

The four-time major champion mixed an eagle and five birdies with a lone bogey on his way to a six-under 66 at The Summit Club, seeing him end the week on 25 under and make a winning start to his 2021-22 PGA Tour season.

Morikawa carded the lowest round of his PGA Tour career and secured second spot with a ten-under 62, with overnight leader Fowler three off the pace in tied-third alongside Keith Mitchell after a final-round 71. 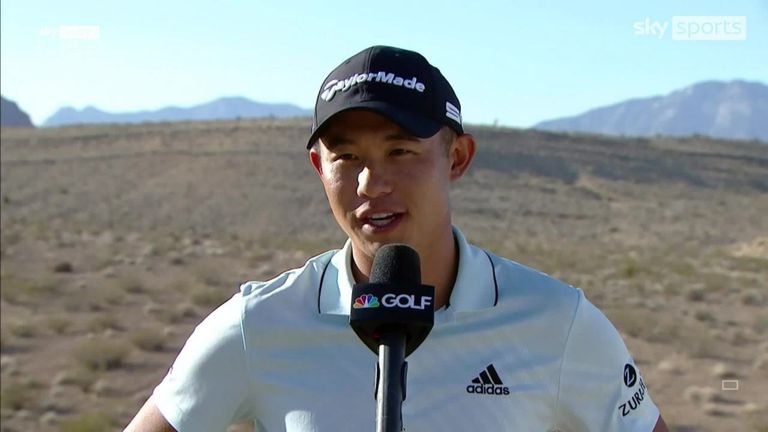 McIlroy started the final day two off the pace and went further behind when Fowler fired his approach at the first to tap-in range, only for the Northern Irishman to roll in from ten feet at the second and pick up a shot at the par-five third.

A two-shot swing at the fourth saw McIlroy make a three-putt bogey from 30 feet and Fowler post a second birdie of the day, before Fowler lost his overnight advantage when he had to take a penalty drop at the par-five sixth and then three-putted for a double-bogey seven. McIlroy holed from five feet on the same hole to join a logjam at the top of the leaderboard, with Morikawa also among those after racing into contention by birdieing seven of his opening nine holes to reach the turn in 29.

An eight-foot birdie at the eighth took McIlroy three under for his round and Morikawa briefly raised hopes of a possible '59 round' by holing from close range at the 11th, as Fowler holed from 15 feet at the ninth but then three-putted from a similar distance to bogey the par-four next.

McIlroy moved ahead with a birdie at the 12th and temporarily went three clear when he holed a 35-foot eagle from off the 14th green, only for Morikawa to close the gap back to one when he ended a run of pars by making a final-hole eagle of his own.

Missed birdie opportunities at the 15th and 17th ensured McIlroy's lead would remain a single stroke heading to the par-five last, where he elected to lay up and hit a wedge to 15 feet before signing off his victory with a two-putt par.

McIlroy is now tied-35th in the all-time wins list on the PGA Tour and has guaranteed himself future Lifetime Membership, which will active once he has completed 15 years of participating on Tour at the end of the 2022-23 season.

Former world No 1 Adam Scott birdied his final two holes to join Sam Burns, Aaron Wise and Talor Gooch in tied-fifth on 21 under, while Sungjae Im jumped into the top 10 after closing his final-round 64 with five birdies in his last six holes.