Top-level golf tournaments will be given the option of limiting driver length from 48 to 46 inches from next year in an attempt to restrict driving distances, under a new local ruling introduced by the R&A and USGA 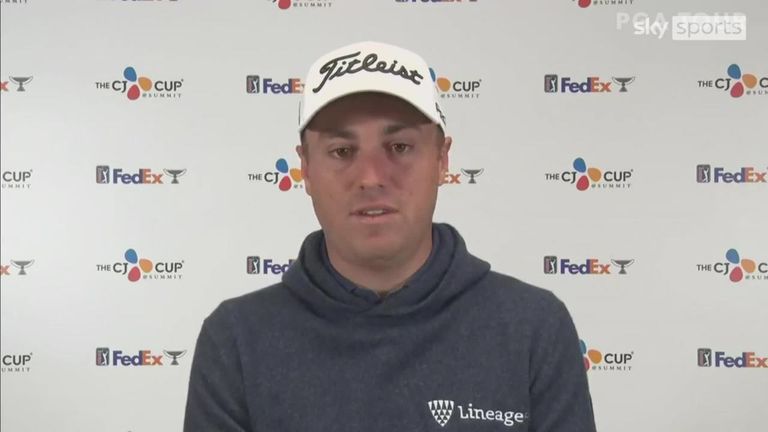 Phil Mickelson has called a new 46-inch restriction on driver club length as 'stupid', while Justin Thomas and Collin Morikawa have questioned the decision.

Top-level golf tournaments will be given the option of imposing a 46-inch limit on club length - excluding the putter - from next year to try and restrict increases in driving distance, under a new local ruling introduced by the R&A and USGA.

The local rule can be implemented at any professional and elite amateur event from January 1, with Mickelson critical of the measures that are being put in place to rein in increased distance.

"Stupid is as stupid does." Mrs Gump," Mickelson wrote on Twitter. "Really though, are the amateurs trying their best to govern the professional game the stupid ones? Or the professionals for letting them?"

The proposal was announced in February and was part of the latest updates to the Distance Insights Report published last year that said increased hitting distances changed the challenge of the game and risked making courses obsolete.

“Stupid is as stupid does.”Mrs Gump

"I don't really agree with it," Justin Thomas said ahead of The CJ Cup. "I don't know. I feel like there's a lot of other things, you know, like the arm bar putter that they should be approaching as opposed to the length of driver.

"I think the fact that you see only a few people using a long driver speaks for itself, that it's not really that big of an advantage. It's a lot harder to hit it straight.

"In terms of do I think it makes the game of golf and growing the game better? No, I don't at all, but they seem to have their kind of mind around that for a while now, so it seems to be the issue because if there's an amateur golfer or players at home that want to hit it a little bit farther, so be it.

"If there's guys out here that want to have a chance to put it in play with a 47-, 48-inch driver, then power to them. I had that opportunity; I just chose not to. I don't necessarily agree with it, but it is what it is."

Bryson DeChambeau is among the players to have experimented with a 48-inch driver, although has yet to bring it into tournament play on the PGA Tour, while two-time major champion Collin Morikawa is not expecting to see many professionals impacted by the changes.

"If you have a long drive and you see what Bryson [DeChambeau] did, you see what long drive guys do, they have a longer driver, right, and they're able to hit it farther, but can you maintain that on the golf course? Hasn't been done yet. Not saying it won't be done, but you know like if a guy wants a 47-inch driver, I think they should let them because why not?

"We've seen courses that you end up shooting 10 to 15 under and it's not because the course is 9,000 yards long, we don't play that. It's because it makes you shape shots, it makes you hit different shots and it's all about course design. So that's my opinion in it or on it, is that I think course design needs to be structured in a way where we don't need 8,000-yard courses.

"Yeah, they're great sometimes, but there's a lot of short courses on our tour that don't provide 25 under par and it's because of the way the layout is and the conditions. I don't think many guys have over 46 inches, their driver, anyways, so I don't think it will change much."

Find great courses near you with GOLFNOW