Andy Murray plans to skip Davis Cup for Great Britain, instead looking ahead to the Australian Open

Britain are due to play France and the Czech Republic in Innsbruck in the group stages of the Davis Cup on November 27-28, with the competition set to end on December 5 but Andy Murray does not intend taking part, instead focusing on next year's Australian Open

Andy Murray does not intend to play for Great Britain in next month's Davis Cup following his defeat in Indian Wells, saying: "I'm not sure I deserve to play in that team".

The Scot bowed out of the BNP Paribas Open in California after a thrilling straight-sets defeat to world No 4 Alexander Zverev.

The loss ended a solid two months of action for the 34-year-old both in Europe and the United States and he is not prepared to risk injury by playing in the team competition. 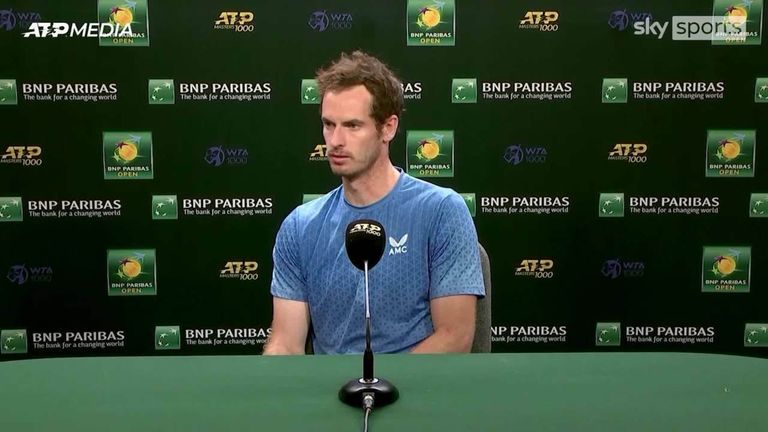 It was two years ago that Murray further stalled his comeback from his hip replacement by suffering bruising to his pelvis in the 2019 Davis Cup, which severely affected his 2020 activity.

The Australian Open is due to be held at Melbourne Park in January and 34-year-old Murray said he wants to recover and also spend time with his family before an earlier than usual departure to Melbourne for January's Grand Slam.

"I've given a lot to the Davis Cup, and sometimes to my own detriment physically," he told BBC Sport.

"The same thing happened last time I played Davis Cup at the end of 2019. I know there was coronavirus, but I was struggling with that really up until September time the following year.

"I also don't feel right now I would be playing, either. Obviously that would be up to Leon (Smith, captain), but I'm not sure I deserve to play in that team.

"Cam [Norrie] and Dan [Evans] have had a great year, Liam Broady's in and around the top 100 now and we've got very strong doubles as well.

"Right now, I'm not planning on playing the Davis Cup and with the late finish to it, and early departure to Australia, with my schedule between now and the end of the year, I am going to have to rest and take a break and give my body a chance to breathe.

"And I want to make sure in the off-season I get to spend as much time with my family as I can because I have been away from that recently and that will be case when I go to Australia as well."

Melbourne has been locked down for months as authorities battle to control an outbreak of the highly infectious Delta variant while rolling out vaccinations.

Tennis Australia has not yet disclosed any arrangements for players for the Grand Slam.